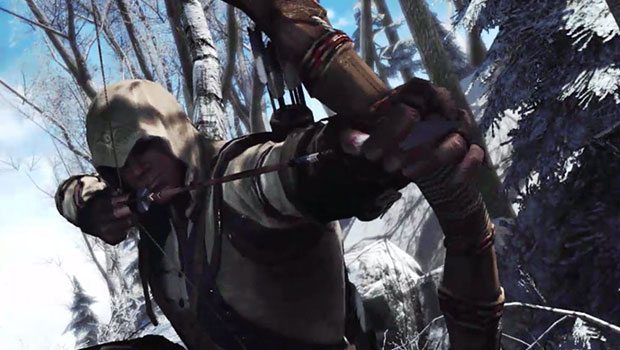 An update on the PlayStation Blog outed the season pass in an Assassin’s Creed III Gold Edition priced at $89.99. Ubisoft confirmed that the Season Pass will be offered stand-alone from the Gold Edition of the game, but has not revealed a price for the bundled DLC as of yet.

Downloadable content for the most recent Assassin’s Creed titles have largely consisted of multiplayer maps and gamep modes for the online component of the game. What types of content will be included in this season pass was also left unrevealed.

Assassin’s Creed III is slated for an October 31st release on the Xbox 360, PlayStation 3, and PC with a Wii U version of the game arriving in November. A complimentary adventure on the PS Vita will also arrive on the same day with Assassin’s Creed III: Liberation. Stay tuned for Ubisoft’s official announcement of the stand-alone season pass pricing for Assassin’s Creed III.