The latest news in the world of video games at Attack of the Fanboy
April 27th, 2014 by William Schwartz 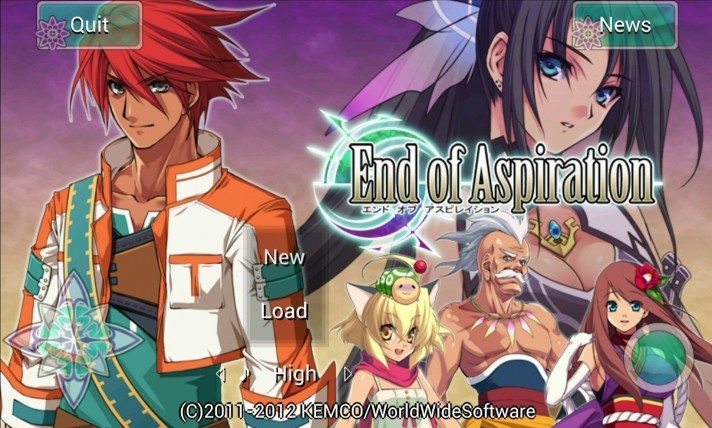 No, you haven’t clicked on a headline from 2008 – the PSP is getting a new game in 2014 thanks to Natsume and Kemco. Kemco has carved a sizeable niche out for itself over the past few years as a developer of mobile-friendly 16-bit style JRPGs. With the genre’s decline on consoles, the move to a much more affordable marketplace makes sense and it must be working out fairly well for them as one of their newer hits is coming to the PSP this summer. End of Aspiration will debut on a portable system officially when it comes out with its new name. It isn’t known yet it if it will be compatible with the Vita, but that would seem like the most likely way to at least have a prayer of it doing well.

Generally speaking, these Kemco JRPGs are fairly standard plot-wise, but some are memorable. Having only spent about half an hour with End of Aspiration, I can say that I do enjoy the two intersecting storylines that are going on even though the dialogue isn’t the most riveting. The revamped title is a little easier to remember, but less unique. OUYA owners will be glad to know that if you’d prefer to play the game on a TV instead of a portable (and have access to it now), then you can sideload either the Google Play version or Amazon Appstore version and they’ll work just fine with the OUYA pad instantly. I would recommend going with the Amazon version since it’s much easier to sideload that appstore than it is to put the Google Play Store on the system, or go through the hassle of extracting the APK and then downloading it to the system. Of course, if you’ve got a PSP, don’t mind waiting, and want to play it on a TV then the PSP’s component cable hookup will suffice quite nicely.