Assassin’s Creed: Birth of a New World coming this October 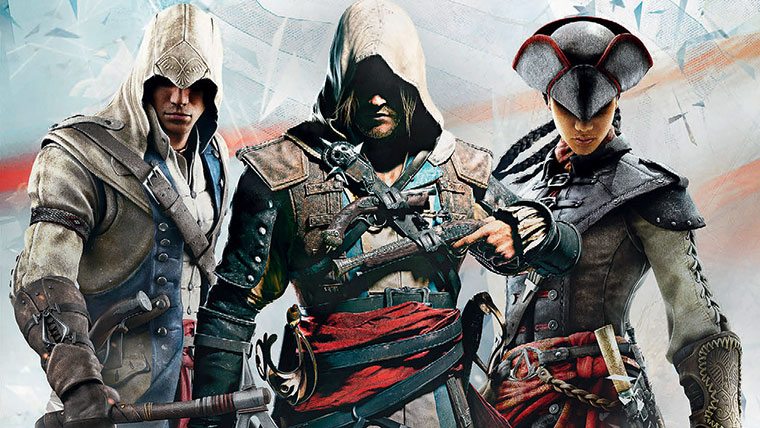 Assassin’s Creed III: The American Colonies, 1775. You are Connor, warrior son of a Native American mother and British father. As the colonies draw closer to revolution, you will dedicate your life to the freedom of your clan, becoming the spark that ignites the revolution into a full blaze. Your crusade will lead you through blood-soaked battlefields and crowded city streets, to the perilous wilderness and stormy seas. You will not only witness history…you will make it.

Assassin’s Creed Liberation HD: The year is 1765. As the events leading up to the American Revolution heat up in the north, Spanish forces plan to take control of Louisiana in the south – but they have yet to reckon with Aveline, a deadly Assassin who will use every weapon and ability in her arsenal on her quest for freedom.

Assassin’s Creed IV Black Flag: The year is 1715. Pirates rule the Caribbean and have established their own lawless Republic where corruption, greediness and cruelty are commonplace. Among these outlaws is a brash young captain named Edward Kenway. His fight for glory has earned him the respect of legends like Blackbeard, but also drawn him into the ancient war between Assassins and Templars, a war that may destroy everything the pirates have built. Welcome to the Golden Age of Piracy.