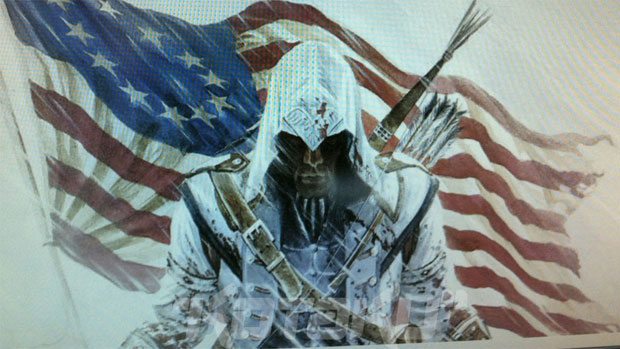 A recent image hit the web that portrays what is likely the main character of Assassin’s Creed III.  An employee at Best Buy snagged the promotional image and sent it over to Kotaku.  As you can see, this would lend even more value to the rumors that placed the next Assassin’s Creed game set during the American Revolution.  The image features a slightly familiar looking main character, an American Colonial flag, and more interestingly, the character underneath the familiar hood appears to be Native American.

The character carries a tomahawk in tow with the Assassin’s logo as the blade.  There have been many rumors pointing to a colonial setting for the next Assassin’s Creed game, and if this image turns out to be legitimate, this could very well be where the next game in the franchise is taking us.