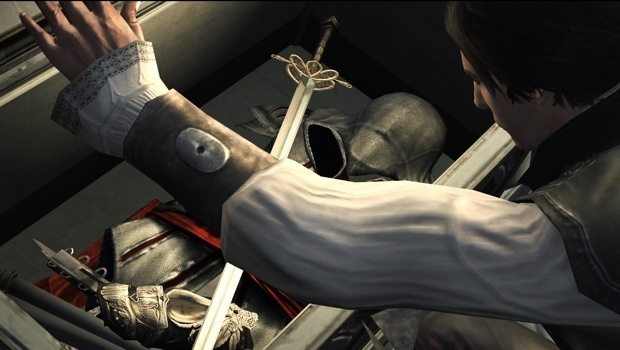 According to a recent rumor, the next iteration of the Assasssin’s Creed franchise may be heading to a setting during the American Revolution. The rumor originates from a source that is “close to the project” who relayed the information to CVG.

Ubisoft’s Yves Guillemot recently spoke about the inevitable 2012 launch, describing the game as the ‘biggest of the franchise’s history’ Many different rumors have been spread around about the possible next setting of the game. Though the American Revolution setting has been teased in previous games.

Recently, Ubisoft sent out a survey to select gamers asking them what settings they would like to see the game visit in the future. Adding fuel to the rumor, the American Revolution was one of them. Listed as a confrontation between British colonists and native Americans during the American Revolution, this could be what you’ll be seeing from Assassin’s Creed this fall.

Ubisoft has neither confirmed nor denied these rumors, but is also expected to reveal the next game this March.