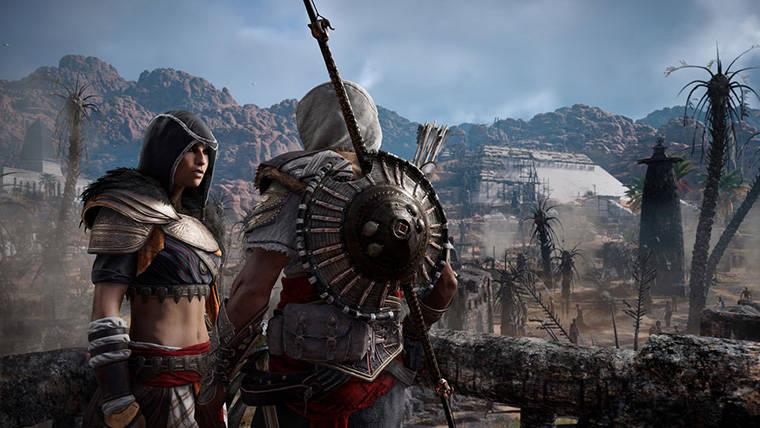 The first story expansion for Assassin’s Creed Origins is set for release on January 23rd.  “The Hidden Ones” continues the story of Bayek in a brand new region (Sinai) introduced in the DLC.  The content will carry all of your progress from the main game, allowing you to continue to customize him in terms of abilities and gear.

From the sounds of it, Origins fans should complete the main game before tackling The Hidden Ones.  The Story DLC takes place four years after the events of main storyline.  In this timeline, players are introduced to the Sinai region, that has a strong Roman military presence.  Ubisoft recommends that the player level for the DLC is “close to 40” to fully experience the content.  For those that did hit the level cap in the main game (40), there will be an extension of the level cap to 45.

To access the DLC, players will simply be able to select it from their quests menu and travel to the new region.  Or alternatively, they can fast travel to it.

Look for Assassin’s Creed Origins: The Hidden Ones DLC to arrive on PlayStation 4, Xbox One, and PC on January 23rd.  The downloadable content is part of the Season Pass for the game, but those that did not purchase that can purchase this bout of content separately.