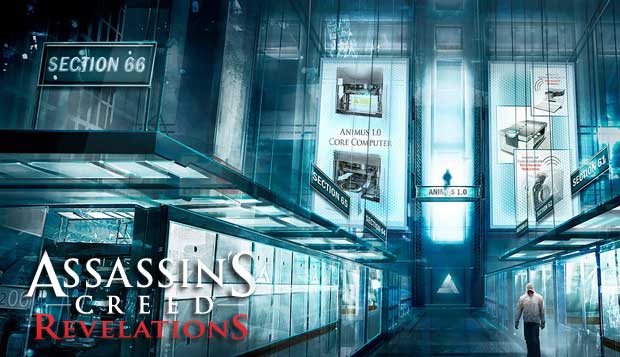 In Assassin’s Creed: Revelations we’ve been told and shown what to expect from our next adventure with Ezio Auditore, and that we’ll be closing the door on this chapter to the story of Assassin’s Creed.  Equally important to the game’s success this fall, will be the betterment of the multiplayer component that Ubisoft introduced in Assassin’s Creed: Brotherhood.

Knowing that their first multiplayer outing resonated with fans of the franchise, Ubisoft is set to bring more of that multiplayer goodness back in Revelations, and from the sounds of it, it’ll be better than ever.  The multiplayer component of Assassin’s Creed Revelations will definitely feel familiar to fans of the first, but this time around the gamemode will have it’s own unique story to tell.  From what we’ve been told, the story is going to delve much deeper than vague Abstergo agents that were found in Brotherhood.  The mode is going to come complete with cut-scenes to progress the narrative of the mode, giving you a clearer picture of the modern day Abstergo and your role in corporation seeded by the Templars.

Your work in the corporation will be rewarded as you move progressively through your multiplayer career, with the cut-scenes the bonus to go along with your leveling and skill set increases.  It’s said to be a completely seperate story set within the universe of Assassin’s Creed that you’ll be familiar with, but it will have a completely seperate storyline with your agent at the center of it all.

While the added bonus of telling fans more about the world of Assassin’s Creed is a great addition, the developers of the game told us at E3 that the game is going to have alot of customization options available to players that just weren’t there last time around.  You’ll have the ability to wield multiple weapons with every character, and purchase your own upgrades for your assassin through the games currency system that has been added to extend the life of the multiplayer component.

Having had the chance to play a few rounds of the multiplayer in Assassin’s Creed: Revelations on the show floor at E3, it looks and plays like the original multiplayer from Brotherhood, but it’s definitely been fine-tuned, removing some old mechanics and introducing new ones to change the game for the better.  One of the major complaints that alot of people had about Brotherhood’s Freshman attempt at multiplayer, was that a really good match wasn’t always had, because there were no real rewards for playing in certain capacities, like stealth for example.  This lead to many games where there were many players just running around looking for kills and not being discreet as the game gives you ample opportunity to be.  Ubisoft is looking to change this mentality this time around by offering rewards for the more stealthy operators.  They’ll be given shorter animation times which should sway some players to take that route more often than before.  They’ve also added what was explained as an Assassination Breaker where if you catch someone trying to kill you and press the button at the precise time there will be a chance for you to escape.

Playing with a handful of people that have never played the game before at E3 is one thing, and honestly it’s hard to tell if the changes that have been made to the gameplay are going to change the game as intended. Though if it does, it’s going to turn an already outstanding multiplayer game into one of the more promising releases for the multiplayer fan this fall when Assassin’s Creed: Revelations launches on November 15th.