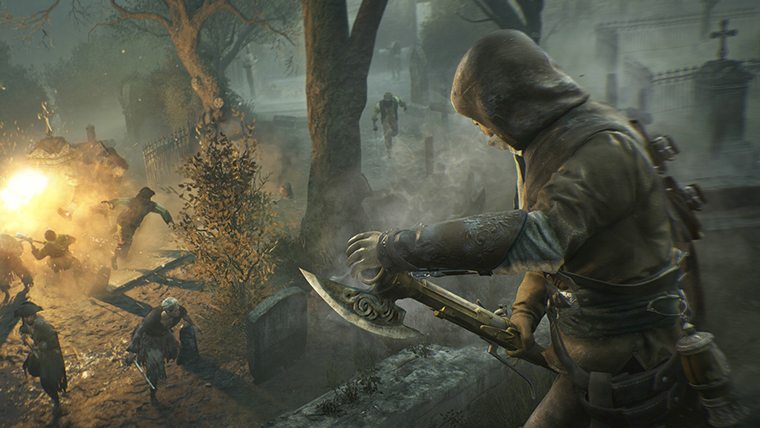 The Dead Kings DLC takes place after the events of Unity, seeing Arno leave Paris for Saint Denis. Saint Denis hold the crypts of deceased French Kings, Arno will explore the extensive underground of Basilica, while facing a new faction of enemies known as the Raiders.

Arno will be outfitted with new gear, including a lantern and Guillotine Gun. Dead Kings is a “fully-fledged main single-player campain,” according to Ubisoft, but it will also feature new side missions and open-world activities to complete in both the single player and cooperative modes.

The content will launch on the Xbox One and PC on January 13th, and January 14th for the PlayStation 4.