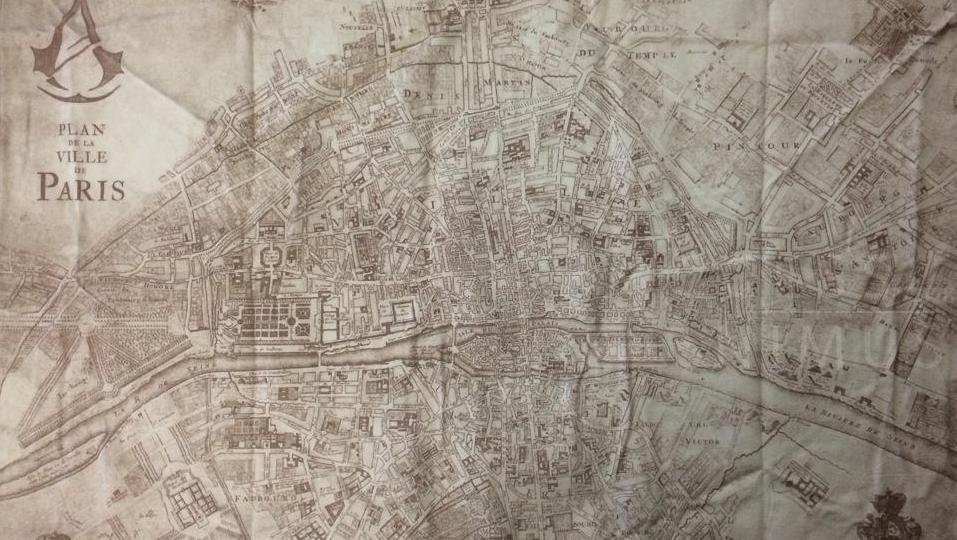 A Reddit user has posted the map of Paris that is being used for Assassin’s Creed Unity. It looks like it could be one of the biggest maps seen in franchise history.

One other Reddit user compared the Assassin’s Creed Unity map to an actual 18th Century map. The size comparison is very similar as both cities look the same in terms of both scale and design. Ubisoft sure did a lot of research to make Paris look and feel as authentic as it can be.

It would be interesting to see if fast travel is available in Assassin’s Creed Unity. The city looks huge even if you are travelling on a horse. Things would be easier with a car, but obviously they weren’t invented back then. In either case, hopefully there is a lot of things you can do in Paris considering how big it is in the game.