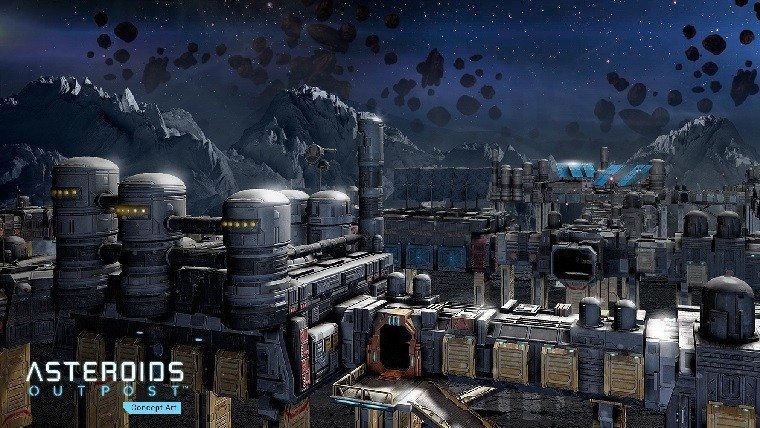 Atari has today announced the upcoming release of Asteroids: Outpost, a re-imagining of the world famous 1979 arcade title Asteroids.

Following in the footsteps of such an iconic title seems an odd move, with hundreds of Asteroids like games of the market. However, Atari and Salty Games are using the basic concept to create an entirely different game. Asteroids: Outpost will be putting players in the role of a deep space miner as they roam around an open world sandbox style game.

Players must survive on the asteroid belt, try to create a base and earn their fortune. Gameplay will see many activities taking place including; exploring the asteroid, collecting resources, scavenging for ore, crafting equipment, expanding their territory and building highly customized bases. As you can tell the game couldn’t be much further from the original Asteroids game many fans adored in arcades.

Fred Chesnais, Chief Executive Officer at Atari had this to say on the unveiling of their latest title:

“We’re paying homage to the original Asteroids by incorporating classic features such as asteroid blasting capabilities, while introducing a completely new premise and gameplay. Asteroids: Outpost will appeal to both fans of the classic Asteroids as well as enthusiasts of immersive survival games and expansive MMOs.”

Developed by Salty Games, who have worked on titles such as Call of Duty: Ghost and Star Trek Online, Asteroids: Outpost will be available on PC and will utilize Steam’s Early Access feature.