Attack of the Fanboy at Blizz Con 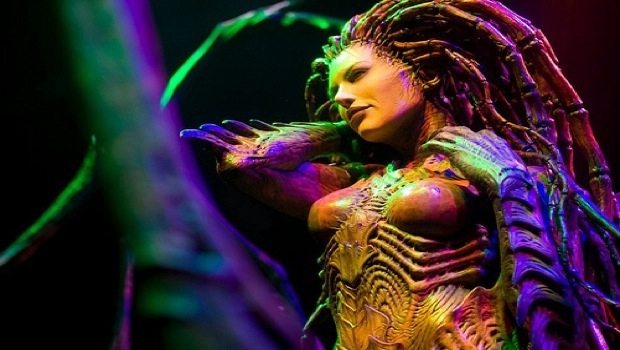 Hello readers! We’ll be covering Blizz Con this year from the show floor out in California. What this means for our coverage over the next few days is that it’ll be slanted towards the goings-on out in Anaheim, at the celebration of all things Blizzard.

It’s been a quiet year for franchises like World of Warcraft, Starcraft, and Diablo. With no major releases having taken place, there are still quite a few things on the horizon. As you know, Diablo III will be arriving early next year, so you can rest assured we’ll be covering that. Starcraft II HOTS is also forthcoming, and you know Blizzard will be talking all about that. What else does Blizzard have up their sleeves for this year’s convention? Well that’s anyone’s guess, but I suppose we’ll all find out tomorrow.

As you may have seen from the banners above, LG is sponsoring the Blizz Con coverage for Attack of the Fanboy, and is a sponsor of the convention providing all of the monitors for the event. So we’ll likely be taking a look at the latest tech coming out of the company. Alongside the Blizz Con coverage, we’ll be hosting a giveaway for a 3D monitor from LG. Which monitor this is, what size, and other specifications have not been revealed at this point, but we’ll keep you posted. Keep an eye out for more details to follow as we’ll probably be doing the giveaway in our traditional format. Twitter | Facebook | Comments on Blizz Con Posts.

Home / Game News / Attack of the Fanboy at Blizz Con