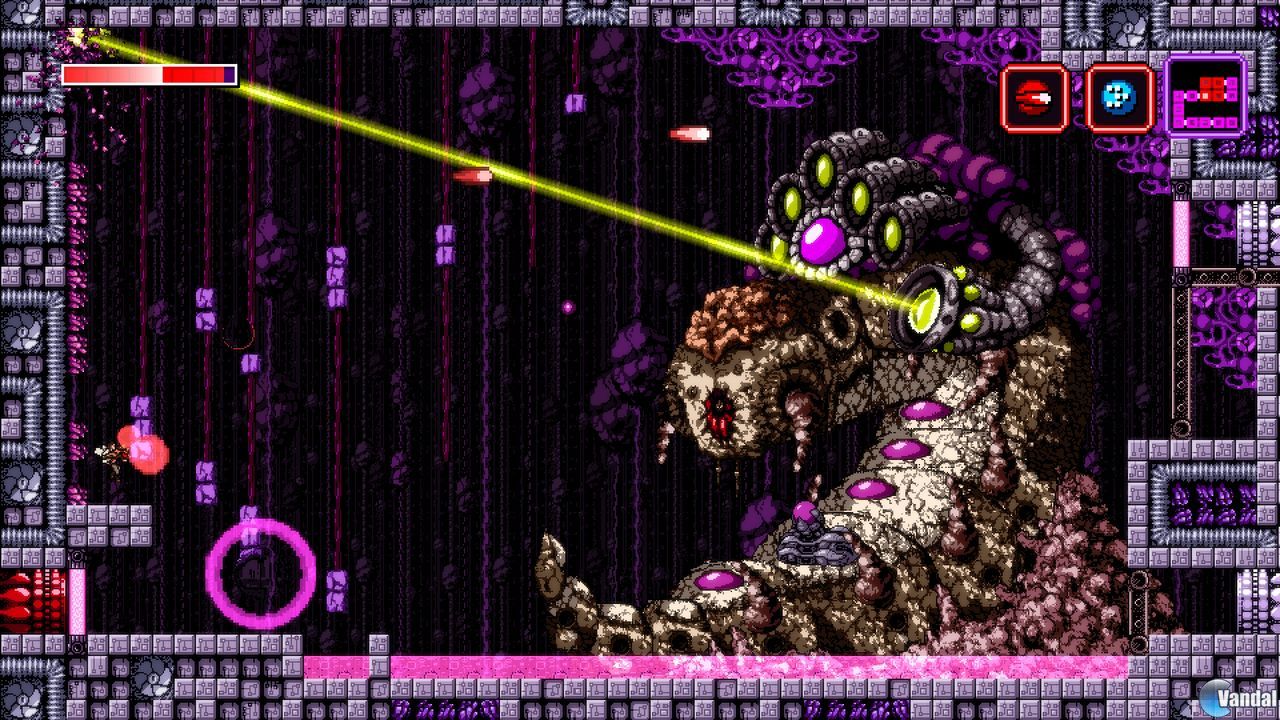 Tom Happ, creator and developer of Axiom Verge has announced the release date of his anticipated indie action-adventure title. The title brings us back to the 8-bit era of Metroid-vania games that many have come to remember fondly.

Announced via the PlayStation Blog, the game is set to release on March 31st for PlayStation 4. In Tom Happ’s own words, the title is a mix of “Super Metroid, Contra, Blaster Master and others, the gameplay incorporates a mix of exploration, hidden powerups, strange creatures to fight, and epic boss battles.” One of the most popular and intriguing powerups to get attention is the address disruptor which can be fired to create little glitch-like effects within the game. This will help players with puzzles and create interesting situations and encounters.

Axiom Verge is set to release first to PlayStation 4 on March 31st at $19.99 and has yet to announce a PlayStation Vita release date. However, Happ announced that the game is confirmed to include cross-buy, so if you purchase it on PlayStation 4 you will be ready to play when it eventually releases on Vita. For more insight on the title, check out our hands-on preview.