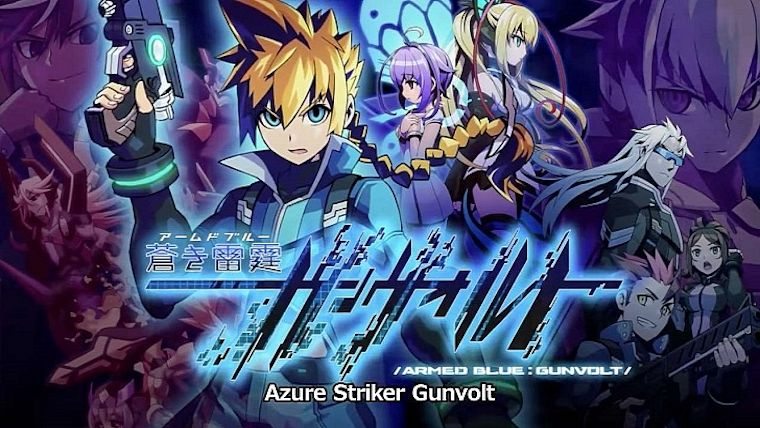 While Mighty No. 9 might be the most talked about game from Keiji Inafune and Inti Creates, there is another out there with some Mega Man like stylings known as Azure Striker Gunvolt. The game was previous announced as coming to the Nintendo 3DS in Japan on August 20, with a promise of a US release soon after. Luckily, they have come through on that promise as they have revealed the official release date in the US for Azure Striker Gunvolt.

You will be able to download Azure Striker Gunvolt via the Nintendo 3DS eShop beginning on August 29. This 2D sidescrolling platformer looks like a wonderful blast from the past, ala games like Shovel Knight. This is something that I hope we continue to see, as platformers are sorely lacking from AAA studios these days not named Nintendo.

The game features very intriguing gun-based mechanics in battle, that seem to take some from the aforementioned Mega Man, especially in level design. This is very unsurprising considering the mastermind behind Mega Man, Keiji Inafune, played a part in the development of this game.

Coming as Inti Creates first self-published title, Azure Striker Gunvolt will cost you $14.99 once it hits the Nintendo 3DS eShop on August 29.