Officially licensed LEGO of Dragon Ball Z has not been announced yet, but Bandai has decided to release its own toys that look just like them.

As reported by French website, Fan Actu, Bandai is set to release mini figures that look like LEGO, based on some of the popular characters from Dragon Ball Z. 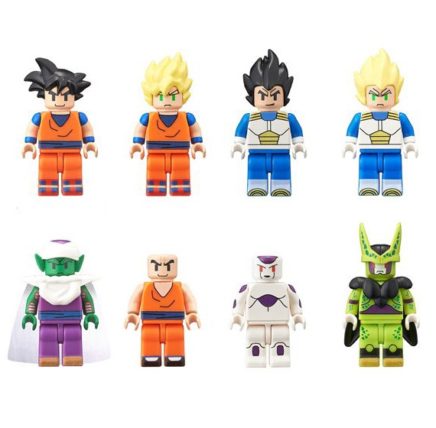 These figures will be released in Japan on March 2016 for 500 yen coin or about €3.78. If you like the look of them so much, you could import them when they become available. This is your only option to get DBZ LEGO since the official LEGO company has not acquired the license for it yet.

If this line from Bandai proves to be popular, you can be sure that even more Dragon Ball Z characters could be added. It’s possible they might add Dragon Ball Super characters too since that TV show is more relevant today. Hopefully in the future, we may see actual play sets rather than just mini figures.