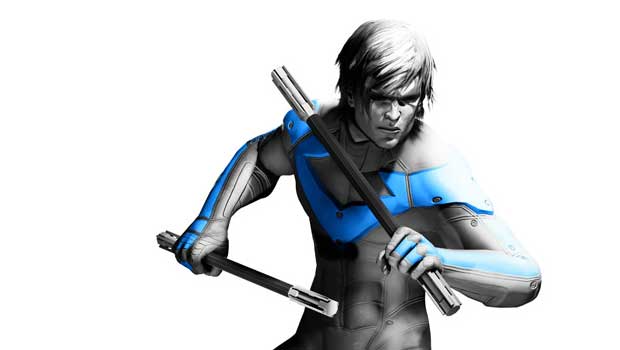 Batman: Arkham City’s Nightwing DLC is now available on the Xbox Live Marketplace.  For 560 Microsoft points you can pick up the add-on content for the highest rated game of 2011, thus far.  For your money, you’ll get the Nightwing character, an alternate skin for Dick Grayson, and the Wayne Manor and Main Hall Challenge Maps.

You can have a look at the trailer below to see the content in action, and if you’re waiting for the PSN version, it should be live later today. Batman: Arkham City is currently available on the Xbox 360 and PlayStation 3 with a PC release coming later this month.