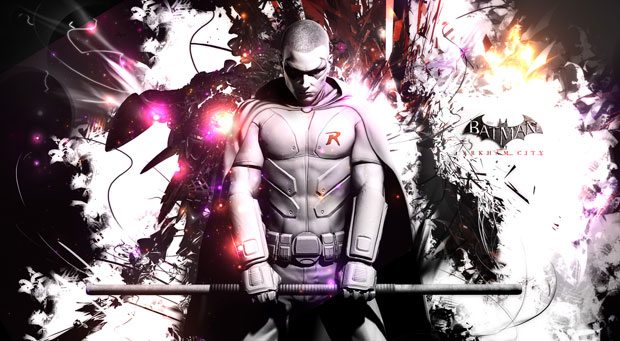 The GameStop exclusive pre-order bonus has been revealed as a “Fully Playable Robin Character”.  In this reveal the retailer also shows off some gameplay for the additional content.  As you can see, Robin has many of the same skills that Batman has, with the ability to glide, use vision abilities, and deal out justice.

While the character looks similar to Batman, Robin will likely have his own distinct flavor dictated by the flow of the combat in game.

The exclusive content includes two challenge maps, two alternative skins, and a whoop ass stick. Batman: Arkham City is getting ready to release on October 18th for the PS3 and Xbox 360.