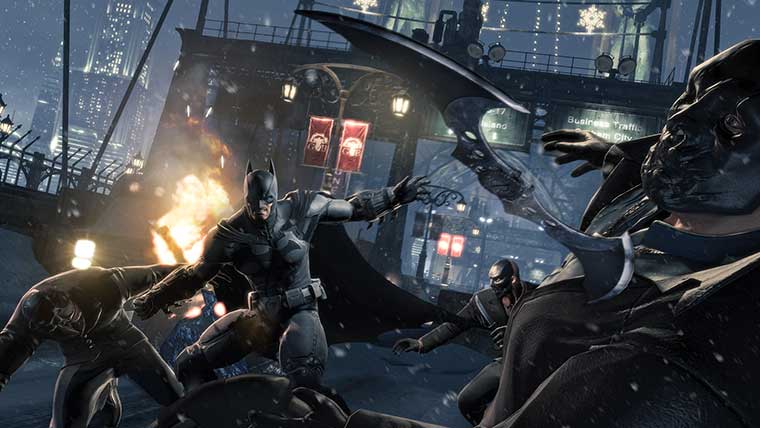 For those looking for a little extra challenge in Batman: Arkham Origins, WB Montreal’s upcoming game will feature a difficulty setting with permanent death.   Revealed as “I Am The Night Mode” at Eurogamer Expo, the new mode gives the player no saves and one life.

No saves and one life in “I Am the Night Mode”

In an interview with Origins producer Guillaume Voghel, the developer dishes on this new mode, and DLC which features a young Bruce Wayne training to become the Dark Knight.

“The main narrative arc and side missions last about 12 hours, and then you have all the collectibles.  To get 100 per cent of that will take much, much longer.  We have a new difficulty level, New Game Plus is coming back — that’s really difficult — and when you’re done with that there’s I Am The Night mode — which is no saves and one life.”

One piece of DLC was also confirmed, and it’s an interesting one.  The “Initiation DLC” is a single player mode where “You play as Bruce Wayne learning to be a ninja… Narratively there’s somce added content that will give players a little more background story.”  This DLC will be part of the Batman: Arkham Origins Season Pass, which was revealed last week.

Batman: Arkham Origins is due out in late-October on the Xbox 360, PlayStation 3, Wii U, and PC.