The latest news in the world of video games at Attack of the Fanboy
April 7th, 2016 by Scott Grill 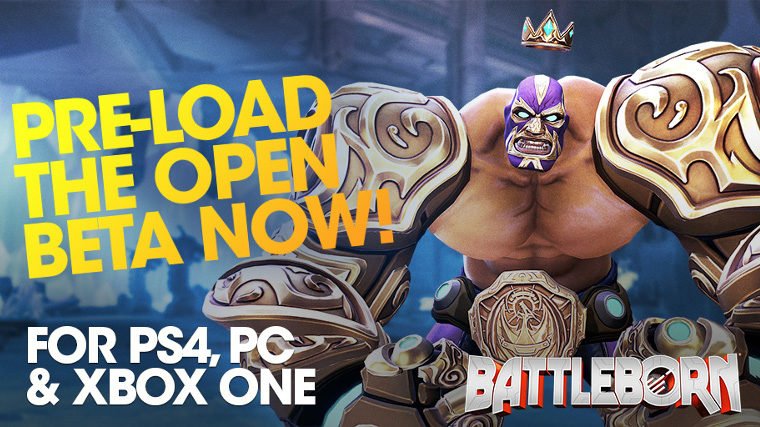 The Battleborn open beta is getting ready to kick off and PlayStation 4, Xbox One, and PC owners can start downloading it now. 2K Games and Gearbox Software heralded the launch of the hero shooter’s beta with a new “Bootcamp” trailer explaining the ins and outs of the game.

The open beta can be downloaded from Xbox Store and PlayStation Store now. Steam will be updated later today with the appropriate files. The Battleborn beta weighs in at just 7.6 GB for the PS4, 10.6 GB on Xbox One, and approximately 11 GB for the PC.

Battleborn players will have access to two Story Mode episodes – The Alogorithm and Void’s Edge.

Two competitive multiplayer modes will also be available on two different maps. Incursion mode on the “Overgrowth” map is the first and is similar to a standard MOBA. Two teams of five players face off against one another with AI-controller minions with a few Gearbox twists thrown in.

Meltdown is the second multiplayer mode on the Paradise map. Minions from each team will attempt to throw themselves into an incinerator located on the teams’ bases. The side that has the most scrap metal at the end wins.

Battleborn open beta players on the PS4 will receive DLC Pack 1 as a free bonus plus instant access to the upcoming DLC character, Alani, when she is released. PS4 owners will also have exclusive access to Toby during the beta.

Seven heroes will be unlocked at the start of the beta. Players will be able to unlock the rest as they make their way through the Battleborn progression system.