The latest news in the world of video games at Attack of the Fanboy
April 25th, 2016 by Scott Grill 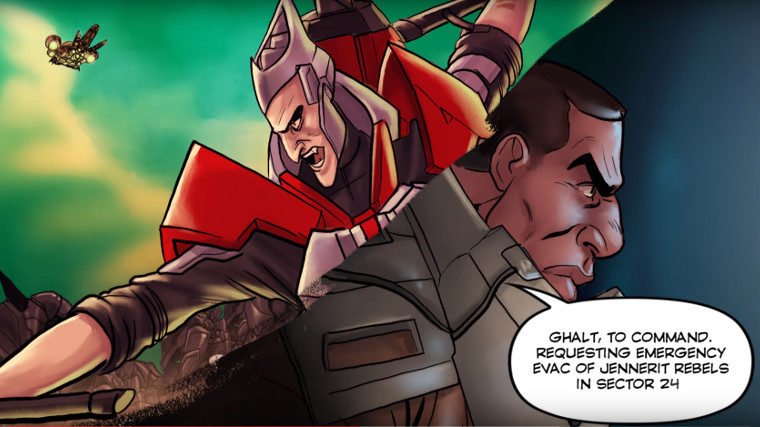 Does the story, characters, and universe of Battleborn have you interested in more? The release of the PS4, Xbox One, and PC hero shooter is right around the corner, so you may want to check out a short series of motion comics released by 2K Games and Gearbox Software on Monday.

The three part Battleborn prequel motion comic series takes place just before the game’s campaign and tells the tale of the events around the destruction of the second to last star in the universe – Penarch. The three-part series sets the table for the heroes that will be available to play.

Chapter 1: Running the Numbers opens with Rendain gloating over his plans to veil the second to last star. His closest advisor, Deande, has other plans though.

Chapter 3: No More Heroics puts UPR Commander Ghalt in a spot where he has to choose between following orders and following through with his gut on a crazy plan to save what’s left of the universe.

Don’t get your expectations raised too much with this three part Battleborn prequel motion comic series. Motion comics have a way of disappointing because they are not quite animated enough. This at least gets the benefit of using the same voice actors from the game, which releases on May 3 for the PS4, Xbox One, and PC.