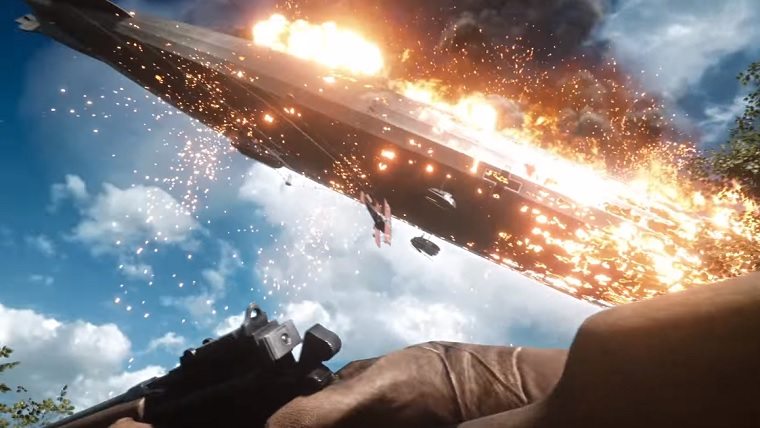 EA made the reveal that everyone was waiting for during their E3 press conference, and that was to show off the first official gameplay of Battlefield 1. The trailer features some very impressive graphics with plenty of explosions to marvel at, and you can check it out for yourself at the bottom of this post.

“With Battlefield 1 we’re looking to deliver the most dynamic shooter ever. We want to make sure that no battle is ever the same for the players, and with the introduction of Operations, we’re giving the fans variety for game play and creativity. Plus, with the new Behemoths, only in Battlefield 1 can you bring an Air Ship to a dogfight.”

There will be plenty of weapons and vehicles to choose from like in any good Battlefield game, but Battlefield 1 will be standing apart from the others with the addition of ultimate vehicles. This will definitely be adding a big twist to the gameplay, as gamers will be able to take control of airships, battleships and armored trains.

Battlefield 1 will launch for the PlayStation 4, Xbox One and PC on October 21st. Check out the new trailer below.