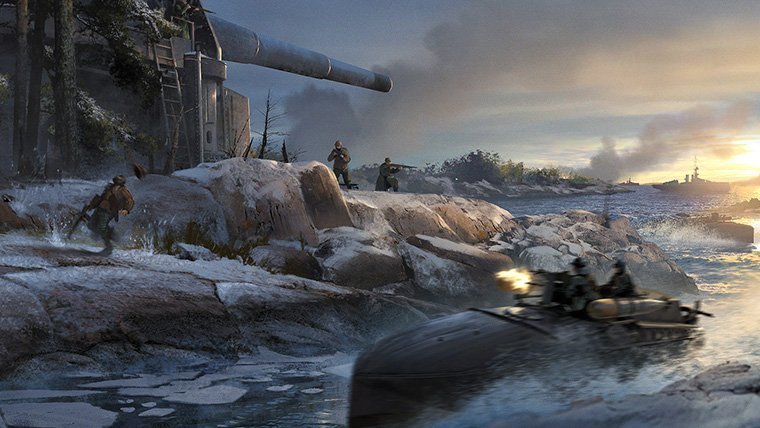 Battlefield 1 is getting monthly updates going forward, and DICE has revealed a road map of what to expect in the coming months in terms of new content for the game.  Switching to a monthly release schedule for updates, DICE says “we’re going to bring you more of what you want, faster than ever.”

The big announcement, however, is that the Platoon System will be launched in Battlefield 1 this Spring.  In what DICE calls the Spring Update, Platoons will be introduced to allow Battlefield 1 players to organize and join forces with friends.  All details about the Platoon system were not revealed in the announcement, but expect the feature to align with teamwork and achieving goals as a group.

Other improvements on the way for Battlefield 1 include some “quality of life” improvements to the game in the May update.  DICE says they will be streamlining the flow into matches, improve upon gameplay problems that will make the game feel more fair and balanced.  Though none of the actual improvements that are being implemented have been listed.  We’ll have to wait for the patch notes for that it seems.

Updates for Battlefield 1 should keep the game feeling fresh going forward.  The excellent first expansion just released for the game and it definitely re-ignited our interest in the game.  You can check out our review of  They Shall Not Pass.

If the other scheduled expansions are as good as this one, In The Name Of The Tsar, Turning Tides, and Apocalypse should all be pretty great.  The next one on the horizon is In The Name of the Tsar, which brings players to the Eastern Front of the war.  Set in Russia, the image above is one of the concept art pieces for this next Battlefield 1 DLC.