The latest news in the world of video games at Attack of the Fanboy
May 10th, 2016 by Kyle Hanson 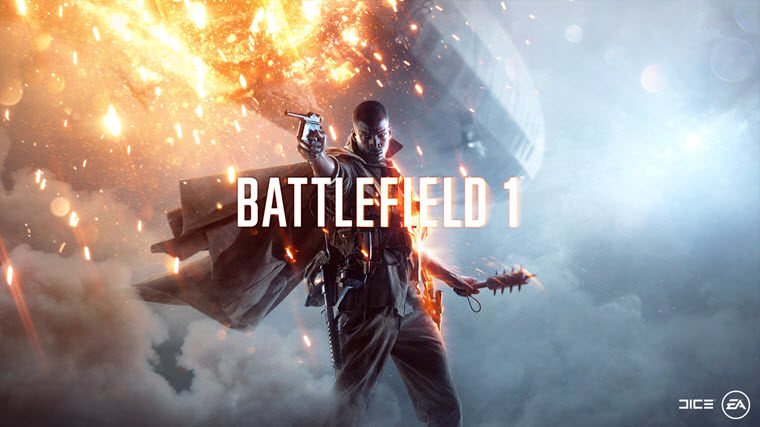 As DICE promised, it seems like the reveal of Battlefield 1, formerly referred to as Battlefield 5 by most, has indeed melted the internet. Fans are going crazy at the idea of playing through a World War I shooter, and the amazing trailer only served to push the hype train fully into overdrive. Still, while EA and DICE gave a lot of details away at the game’s reveal, questions still linger for some. Luckily the official Battlefield 1 Twitter account is currently answering those questions.

So far we’ve gotten some expected, but still very important information. This includes locations that the game will visit, such as the iconic western front, but also unexpected places like the Italian Alps and the Arabian deserts. In terms of game modes, DICE promises a mixture of old and new, with some of the new ones likely leveraging the unique aspects of Battlefield 1.

With this being a new Battlefield game, there will almost certainly be a heavy emphasis on vehicles, which the trailer highlighted quite heavily. DICE responded to a fan question about vehicle warfare by saying “Vehicles were much more unique and so the gameplay reflects that. So much more interesting!” And for those who were worried that the developer might mess with history, they have confirmed that there will be no night vision or infrared scopes for weapons.

Later on they confirmed that there would be a wide variety of naval vessels, as well as the two player controlled plane that was seen in the trailer. This means one player will pilot, while the other is in the gunner seat, shooting at enemies on the ground or in the air.

In the single player arena, they have already confirmed a full campaign, but have now stated that it “will feel much more like Battlefield.” What exactly that might mean is anyone’s guess right now. Hopefully we get some more questions answered throughout the rest of today, and the coming weeks.