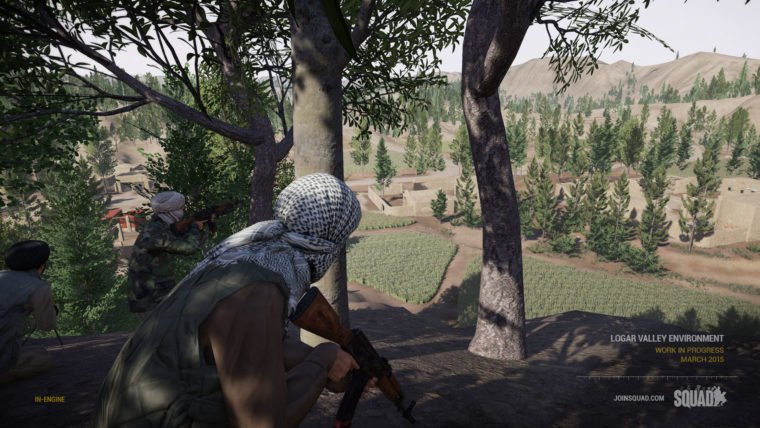 The makers of the fan favorite Battlefield 2 mod Project Reality are back with their own official game Squad.

Similar to the Battlefield franchise, Squad is a first person shooter and will be set in the Middle East. Aiming to design a game that offers realism the Squad development team describe the title as “an online, team-based military themed first-person-shooter where high levels of teamwork and communication are crucial to success”.

Squad is being developed on the Unreal 4 engine and as a result looks incredible. While the animations could do with a bit of work, the game shows plenty of promise with a decent combination of both the sounds and visuals to craft an immersive experience. The core game will see players forming squads of up to 9 members and then uniting to make teams of up to 50 players.

Squad has been added into the voting system on Steam’s Greenlight process where gamers can vote for new games to be added to the Steam Store. Despite only being posted two days ago on April 5th the Greenlight campaign is going well for Squad. Talking about the progress of Squad the team had this to say: “We are pleased to announce that we have passed over 21,000 “Yes” votes, and reached #2 on STEAM’S Greenlight ranking.”

To check out the game and for more information, head over to Squad‘s Greenlight page.