Battlefield 3 Armored Kill DLC is all about “The epic battle” 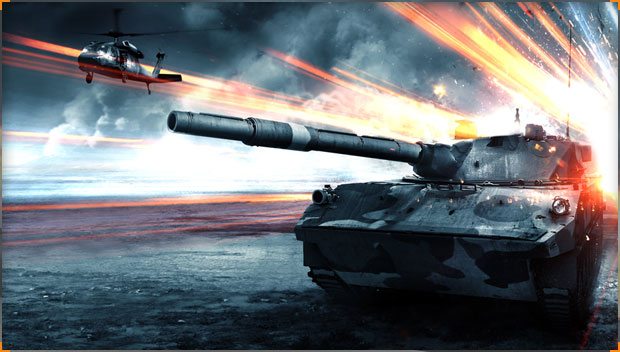 Battlefield 3 Armored Kill DLC is all about vehicles, according to DICE. The long awaited expansion is due out in Septemeber, and the developers have recently started to reveal what’s to expect come September. In a recent interview with Battlefield TV, Gustav Halling and Niklas Fegraeus of DICE explained not only what to expect from the four new maps, but also the vehicles included in the new Battlefield 3 Armored Kill content.

It’ll be a far cry for the maps included in the Close Quarters expansion which released last month. Needing the size to house massive vehicluar battles, these four new maps will see “large scale warfare,” and are “the key features” for the Battlefield 3 Armored Kill DLC, according to the developers.

“I think the key feature of Armored Kill is the epic battle,” said Fegraeus. “It’s how we produced the huge maps and this large scale warfare. That’s the key feature. But it comes to life through all the small things that we’ve added – the new vehicles, the new modes, the new game mechanics.”

As for the maps, four new in total include: Alborz Mountain, Armored Shield, Bandar Desert, and Death Valley. The recently released trailer for the upcoming expansion revealed included gameplay footage from two of these new maps, as well as the “epic battles” that DICE describes. You can find that new trailer below.

Battlefield 3 Armored Kill will be available in September, and a little bit earlier for Battlefield Premium subscribers on the PS3.