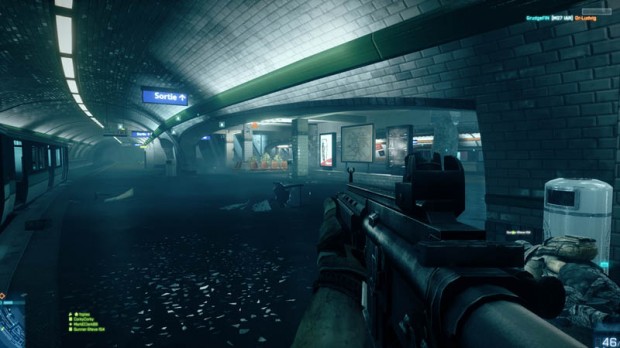 The Battlefield 3 beta opened today to widespread praise of those that haven’t had the pleasure of playing DICE’s latest shooter.  Open to the public for the first time, all users across the Xbox Live, PSN (still delayed for reasons unknown), and Origin Networks have been granted access to a small portion of the Battlefield 3 multiplayer experience.

You don’t have to go to far into any match to hear the praises being sung by fans of the franchise.  The wide open maps and on-screen carnage have been greeted by fans with open arms, though some would like to have seen more from the beta.  Since DICE is playing their cards close to their chest, the beta doesn’t feature any vehicles at this point.  The vehicles being a major component of the Battlefield brand, are sorely missed in the beta.

As with any initial online launch, the beta has seen its fair share of issues with servers hitting critical mass as players all try to download and play the game at the same time, for the first time.  Holding up surprisingly well, we’ve managed to find plenty of lag-free matches thus far on all platforms.

Though it seems not everyone is as pleased by the beta as the fans.  We’ve found numerous websites that are actually complaining about how the game looks in multiplayer on console. This is somewhat disturbing that six years in, people could still expect the technology in our consoles to rival our PCs.  Here are a handful of screenshots from the beta, plus the closed beta screens on Caspian Border.