Battlefield 3 Book is On Its Way 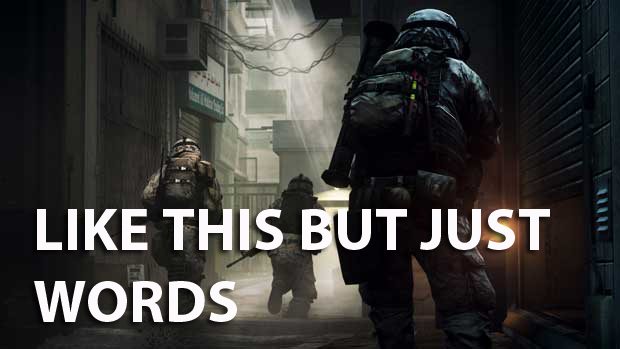 The BF3 vs. MW3 war has been raging on for months now and DICE has cleverly kept their secret weapon hidden – until now. No, it isn’t a technological add-on to the already impressive Frostbite 2 Engine, nor is it a bundle of features or additions that will make Battlefield 3 the definitive FPS multiplayer experience. Rather, it is a narrative of prose  portraying one or more characters and presenting a sequential organization of action using the five parts of the dramatic structure. In other words yes, it’s a book.

Retailers such as Amazon and Barnes & Noble are currently both listing a book set to be released later this year simply titled, “Battlefield 3.” The listing was originally noticed by Battlefield3Blog, and it’s reported that the novel will be written by Andy McNab. A former SAS operative and soldier, McNab rose to fame in 1993 when he published his account of a failed SAS patrol mission, Bravo Two Zero. He has also written two other autobiographies and a number of fiction novels. Though I’ve never read any of his books, from what I can ascertain McNab has spent his post-military career becoming a poor man’s Tom Clancy. It’s also been reported that McNab is currently advising DICE on a number of war related issues in order for the developer to gain a more realistic perspective that will inspire Battlefield 3. McNab has supposedly offered his expertise on techniques relating to gun fighting and stance.

Not much else is known about the book other than the fact that it’s apparently coming. The novel, which will ship alongside the game will reportedly be a lengthy 400 pages and will cost $10. What the book will actually be however, be it a direct novelization of the campaign’s story, a side-story detailing one of the the game’s secondary characters, or a prequel to the events of the game itself, is anyone’s guess at this point.

So, DICE plans on utilizing the hype and publicity of a heavily anticipated video game toward the publication of a book, something that has been known to increase the vocabulary and reading skills of even the most hardened FPS vets. In short, BF3 will be making us smarter while MW3 will give us Party Chat. Take that, Activision.

Home / Game News / Battlefield 3 Book is On Its Way