Battlefield 3 completionists will have their hands full this fall. 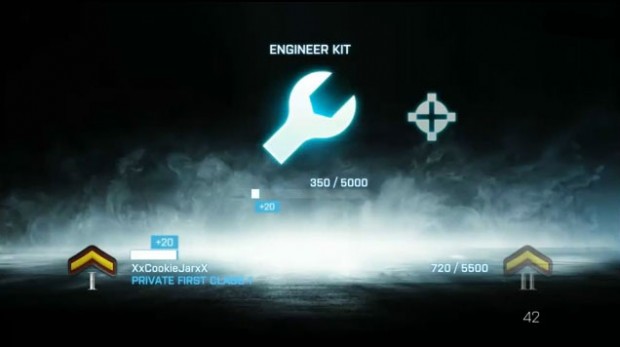 So if you’re the type of gamer that needs to unlock everything in the game for that sense of accomplishment, you should have your hands full come late October in Battlefield 3.  According to a recent report, Alan Kertz outed just how long it would take to unlock a complete kit.

Responding to a reader question, Kertz told the fan when asked how long it would take to complete a kit of unlocks:  “If you unlock every weapon, every gadget, and every unlock for every weapon….something like 100 hours”

@450bq If you unlock every weapon, every gadget, and every unlock for every weapon… something like 100 hours.

Now that is clearly some meat in the unlockables system.  The game is about a month and half away until we can get our hands on the finished product, but you can check out our previews of both the co-op gameplay on the PlayStation 3 and the multiplayer preview on PC.