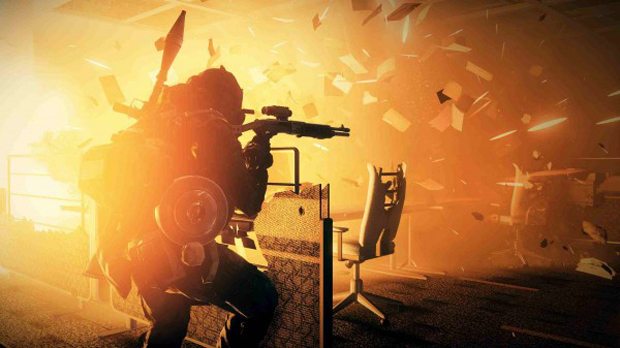 Karl Magnus Troedsson of DICE, developer of Battlefield 3, believes that there will be  a shift in the very near future for the first person shooter genre.  Fictional versions of modern conflicts have been all the rage in recent years.  From the Modern Warfare franchise to the Battlefield series, first person shooter developers have over saturated the market with that theme.  Troedsson explains why he thinks a change is coming in a recent interview with Edge Online.

“”I think we’re going to start seeing people moving away from the modern setting, because every now and again settings or themes start to get stale and then everyone jumps over,” Troedsson said. “You know, at some point dinosaurs are the hottest thing and everyone is making games with dinosaurs, but there are trends. It used to be WWII, and recently it’s been the modern era and people are now moving towards near future.”

“But it’s a bit cheap to just say, ‘Okay, we’re going to switch and go back in time or into the future and that will be innovation’. It will definitely drive the franchise forward for whatever game, but it’s not true innovation, it’s more a thematic change that has a perceived value to the gamers out there. But as a developer you can only make so many games in one particular era, and then you personally start to get a bit bored with it.” he continued.

Treyarch might be somewhat ahead of the curve with this year’s release of Black Ops 2.  The game is set in the near future, and could be the popular calling card of first person shooters in the coming years.  Will DICE head down that road when they revisit the Battlefield franchise?  Troedsson didn’t say.