Battlefield 3: Did Gamers Think the Beta was a Demo?

The latest news in the world of video games at Attack of the Fanboy
October 9th, 2011 by William Schwartz 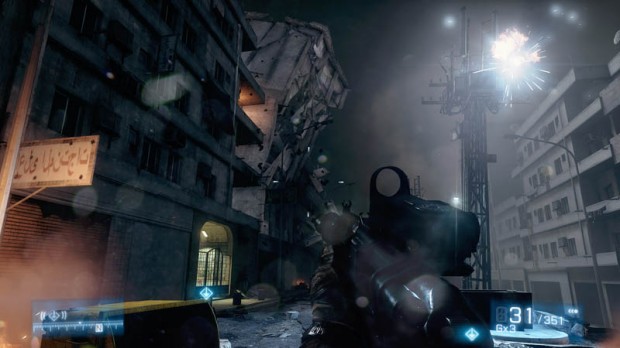 When DICE released the Battlefield 3 Beta on the Xbox 360 and PlayStation 3, they might have over-estimated console gamer ability to discern between a beta test, and a demo.  After months of build up, hype, and growing anticipation for Battlefield 3, the open beta was the first chance for many to play the game.  As with many beta tests, there are bugs and unfinished business on the developers end.

Despite the developer reiterating the facts that the build was made available for players to ensure that the game would be at its best when it releases on October 25th, some vocal players have already given up on the game.

Patrick Liu of DICE thinks that its purely a matter of players not understanding the difference between a beta test and a demo.

“We just wanted to know it wouldn’t crash and burn at launch.  It was horrible with Battlefield 1943 – it sold ten times the numbers we thought it would, and it was down for three or four days which is really bad.  We don’t want to go through that again.” , said Liu.  “I think there’s been a misunderstanding of the term beta test.”

Whether or not DICE has most of the kinks worked out by the time the game releases is yet to be seen.  Though they have said the game is running off an “old build” and that console gamers will have the opportunity to enhance the visual fidelity of the game by installing a texture pack included with the game.

Home / Game News / Battlefield 3: Did Gamers Think the Beta was a Demo?