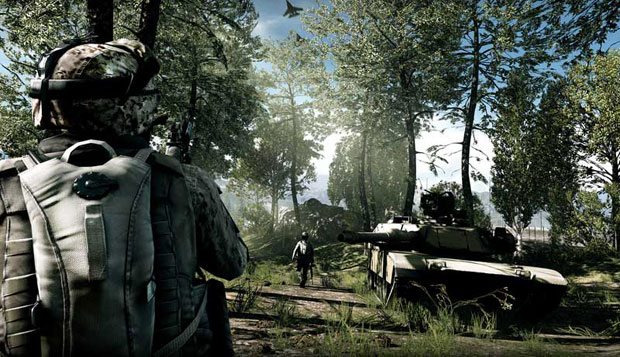 Hackers and Cheats are a problems in just about every online game nowadays, and especially in a title as popular as Battlefield 3. DICE has attempted to remain vigilant in the fight against cheaters in their shooter, but a recent find puts a Community Moderator as one of those people that they were fighting against.

DICE recently promoted one of their Battlelog users to “Moderator” status giving them special priviledges before ultimate finding out that this player was using unscrupulous methods to rack up points in the popular shooter. MrPropper777 recently had all of his stats set clean and moderator status revoked after the finding.

The Battlefield Blog points to this as a sign of just how big the hacking problems on the game are.

“If there ever was an indication of just how big the hacking problem in Battlefield 3 is, this was it. Not only did DICE fail to catch him, they promoted him. Coming across a hacker in Battlefield 3 is now a common thing. Reporting players on Battlelog doesn’t seem to be working, or at least working fast enough. Even a simple glance at the top leaderboards reveals a horde of hackers, cheaters and boosters, and yet, those players have been there for months.”

DICE has recently announced a new initiative to combat the problems in Battlefield 3 which has been seemingly overrun by players looking to get an edge on the competition. However, it looks like the true blue fans are starting to get restless.