Battlefield 3 Has Co-Op Too, In Case You Didn’t Know

Grab a friend, it's time for some Battlefield 3 Co-op 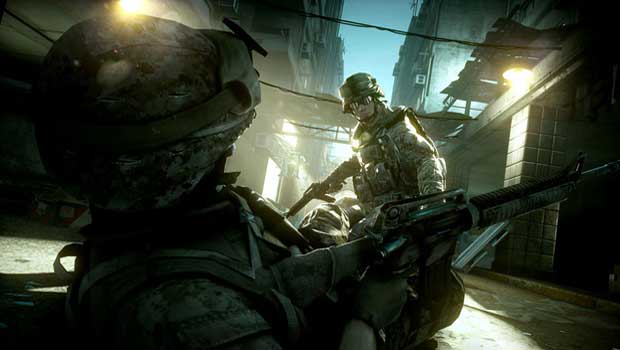 If you’re a developer and are trying to compete with the most popular multiplayer FPS of the last decade, chances are you’re going to put most of the emphasis on the multiplayer of your own game. We’ve seen quite a bit of leaked Battlefield 3 multiplayer footage as well as some new gameplay shown recently from Gamescom, but DICE has also decided to show off the game’s co-op campaign at EA’s Gamescom press conference.

What’s shown here looks good. The mission follows the common military shooter standard – infiltrate the enemy stronghold, rescue the hostage, and escort him to safety. You can see how teamwork and synchronization will be as important an element as any. Let’s just hope we can say the same for BF3‘s multiplayer when we’re finally able to get our hands on it.

Home / Game News / Battlefield 3 Has Co-Op Too, In Case You Didn’t Know