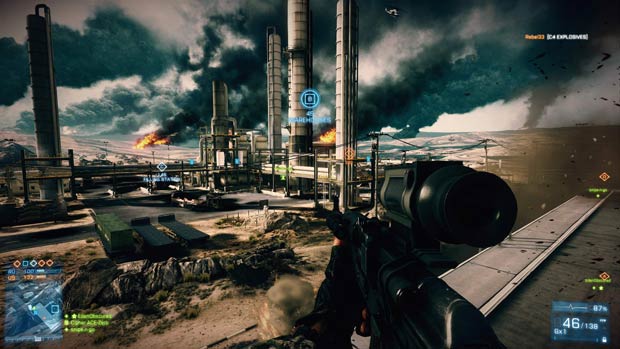 The massive Battlefield 3 patch that launched today on the PlayStation 3 is ready to launch on PC, but players won’t be getting their hands on it until the certification process is complete. Today Patrick Bach of DICE explained why PC gamers aren’t getting incremental updates for Battlefield 3, and it’s because of “console manufacturer’s requirements”, the producer told PC Gamer.

“We have had problems with patching in things like Battlefield 2 where you had to patch the patch because the patch screwed it up and then you have to apply a patch to the patch to the patch. And that’s, from a player perspective, that’s not a great experience – “Oh is this the 6.8 patch or the 6.9? Because the 6.8 broke the game and now you need to unbreak it!” So getting focus and testing and all those things is actually a positive.”

The massive patch is due to arrive on the Xbox 360 and PC versions of the game “soon”, with no official ETA. PS3 players have had roughly a day with the new patch and have seen many of the weapons balances make a significant impact on the gameplay of Battlefield 3. Also live is the “Rent-a-server” functionality which allows you to rent a dedicated server for Battlefield 3, from DICE.

For the full rundown and patch notes, hit the Battlefield Blog.