Battlefield 3 Will Stomp Out Lazy Competition 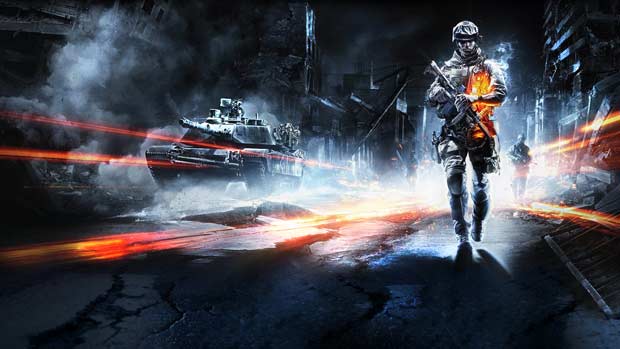 The recent announcement and reveal of Battlefield 3 has caused quite a stir among first person shooter fans, now eagerly awaiting the arrival of DICE’s next iteration of the franchise.  The tech demonstrations that were put on display at GDC, and this weekend’s showing at PAX East, have confirmed what we’ve all known all along, Battlefield 3 is going to be a phenomenal game, at least from a technical standpoint.

DICE has put in a lot of work on the new technology that powers the game.  And the developer believes that this hard work is going to pay off big, when compared to the competition, who they believe are “getting lazy”. The GM of DICE told the Official PlayStation Magazine UK.

“Our competitors are getting lazy,” “They’re using the same engine, the same recipe for building a game. At some point you need to take that leap. I haven’t seen them take that leap since a long time ago.”

“Our competitors keep building very, very high tempo games. We want to tell a story with more drama curves. It’s not about pumping round after round for six hours.” – Karl-Magnus Troedsson, General Manager, DICE

We’ve heard plenty from DICE, and the fans in recent weeks regarding the upcoming battle of the shooters that will occur this Fall, Sledgehammer and the developers in charge of the next Call of Duty project have been silent thus far.  Does the Call of Duty franchise have enough brand power to hold off a full out assault by DICE this Fall?  Leave your comments in the section below and lets us know what you think.