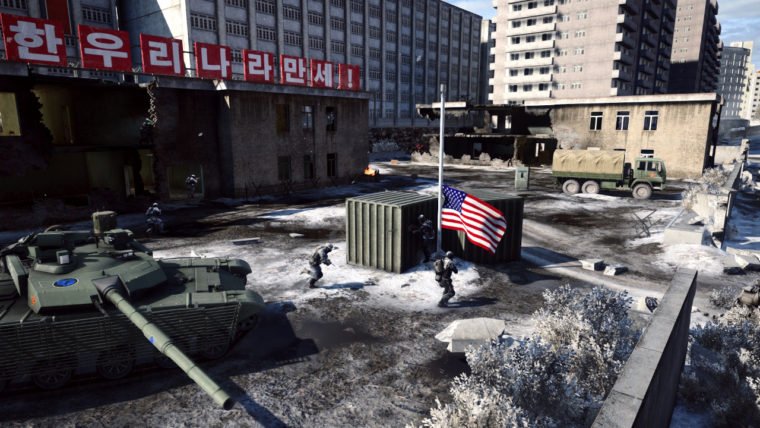 EA and DICE have announced that the upcoming “Fall Patch” for Battlefield 4 will fix a lot of the lingering issues that players have experienced since the game’s troubled launch. Netcode will likely be the biggest fix, as that has caused a number of problems for the series. Essentially, part of the netcode is how often the server talks to your PC. Due to Battlefield 4 having a lower than desired ping rate between server and host players would experience issues like dying behind a wall. But fixing that isn’t all this update does. Take a look at the list below to see the highlights:

Weapon attachment changes
– Muzzle Brake: Reduced the overall impact of this attachment. Both its positives and negatives have been reduced
– Heavy Barrel: Lowered the buff it gave to minimum moving spread and moved some of that bonus into reduced spread increase. Should be a good option for longer range tap firing
– Lasers: Small buff to standing hip-fire accuracy

Weapon changes
Note that this list contains an excerpt – the upcoming patch notes will have a detailed list.

– Bullet velocity increases: Improved bullet velocity for Slugs and nearly all suppressed weapons. Selectively improved base velocity for weapons that were too slow for their intended range
– Damage Model: Many weapons have had their maximum and minimum damage adjusted slightly. It may take 1 extra bullet to kill at extremely close engagements and long range combat
– Trigger Delay: Removed from all revolvers
– Adjustments to slower rate of fire weapons to make them easier to use at longer ranges vs higher ROF weapons
– Carbines and PDWs now have unique bullpup modifiers that give improved bonuses over the rifle counterpart
– Ammo: Gave more ammo to the weapons that were short a mag compared to their counterparts
– DMRs: Audio when being shot at by a DMR has been improved
– SKS and M39EMR no longer allow you to hold breath
– Grenade capacity lowered and resupply times increased.

While no date was set for when the Fall Patch will hit Battlefield 4, it is already in the certification process for many systems. This means it should arrive soon, once it has been verified to not cause any other issues.