Battlefield 4 Kinect features will be found on Xbox One 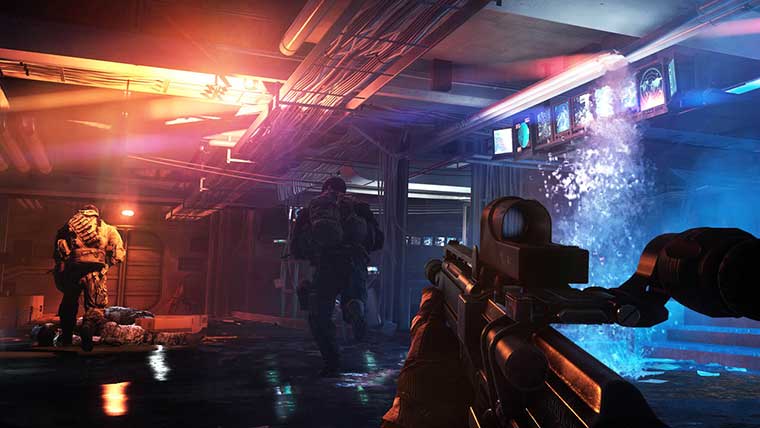 Battlefield 4 on the Xbox One will feature Kinect functionality when the game arrives on the next-gen console this holiday season.  However, you shouldn’t expect that the game use the controller-free camera for it’s main control scheme.   Echoing sentiments from earlier this year, DICE more recently explained to Game Informer that while Battlefield 4 Kinect features don’t necessarily make sense for the motion controller to be the main source of input for the shooter, it does have some unannounced features that utilize the device.

“When you look at the kind of games that we build – or Battlefield at least – it is a first-person shooter that is very much about skill.  Input is really important.  You need to have very precise control over what’s going on, and trying to do something like that with motion control input does not make sense – not if you want to keep the same kind of formula of the game as we have now.  You’d need to build a different kind of shooter,” explained DICE’s Karl Magnus Troedsson.

But Troedsson does say that there are other ways that Battlefield 4 Kinect motion controls can be implemented into the game, and will be, but doesn’t have any details to share just yet.  “But there are other places where it will make sense, and we are going to use it for other things in the game, but we haven’t announced exactly what.”

Some of the Commander Mode features seem like they might play nice with the Kinect camera, and obviously interface options or single player moments could work well also.  Even if the Kinect functionality is limited on the Xbox One, there are other Xbox exclusive features of Battlefield 4.  DICE recently announced that they’ll be offering exclusive content on the Xbox One with the “Second Assault DLC”, which will arrive first on the new platform, and include fan favorite Battlefield 3 maps.

Battlefield 4 is due for a multi-platform launch on October 29th.