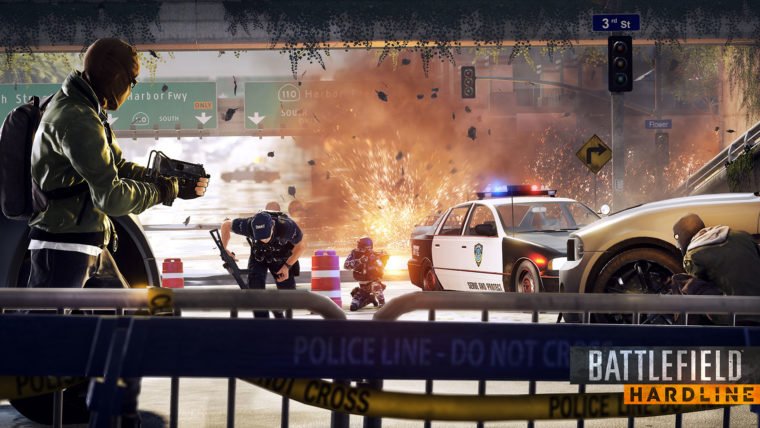 EA’s Battlefest has entered its third week bringing in another ‘Class Week’ challenge to Battlefield Hardline, in the form of the Enforcer Community Mission.

The Enforcer is the go to class for supplying ammo to teammates and causing a lot of explosions around the map. Similar to the Support class from previous Battlefield titles, Light Machine Guns are often Battle Pickups for gamers looking to lay down plenty of covering fire. In Battlefield Hardline, Enforcers can also equip a Ballistic Shield to shield both themselves and teammates from enemy fire.

Teamwork has been the basis of each Community Mission so far and the Enforcer’s mission is no different. To make sure no-one runs out of ammunition Enforcers must try to make 25 million ammo resupplies before the week is up. The mission, as with the previous week long class challenges, has the reward if completed by the community of a free Gold Battlepack and this time comes with an Enforcer themed wallpaper.

The Enforcer Community Mission is already live and runs until 2AM PDT on April 27th; and as Visceral Games puts it “Sharing is caring.” Gamers can track the community’s progress of the mission from the multiplayer tab on EA’s Battlelog.