DICE gets Battlefield V hype train rolling with teases about next week's reveal. 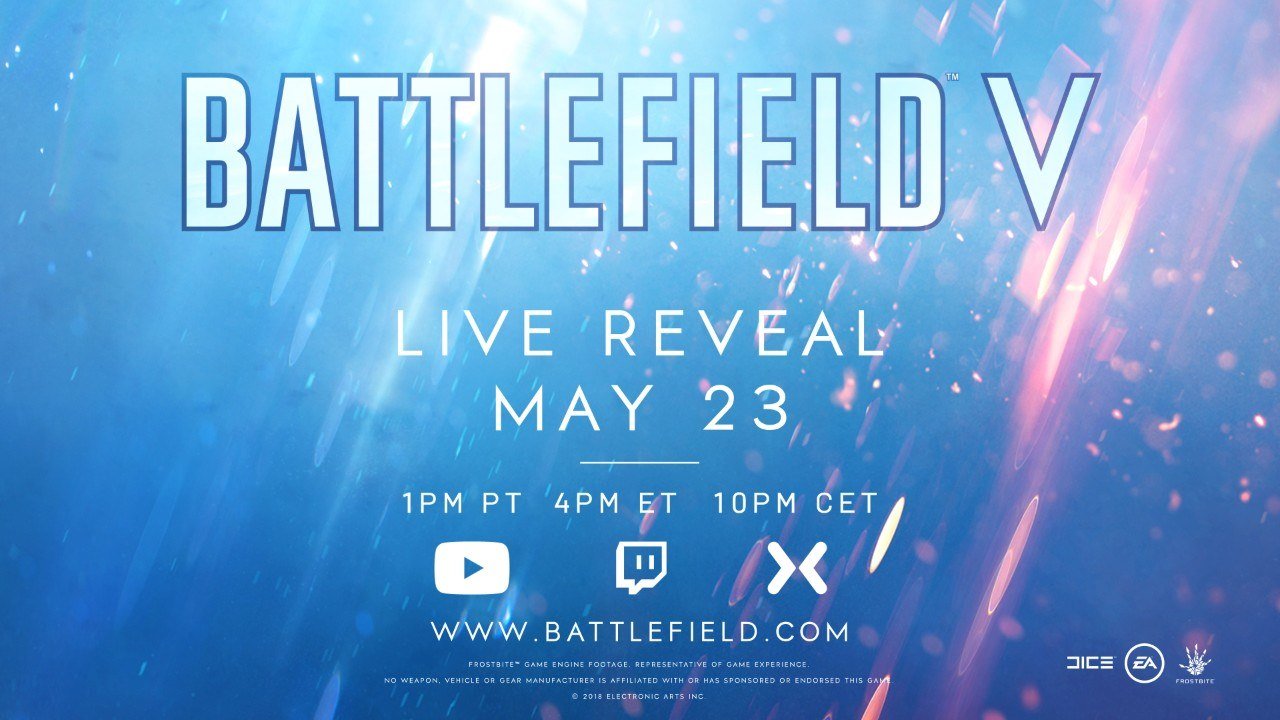 Electronic Arts is set to unveil Battlefield V next week.  What will be revealed on May 23rd?  There have been plenty of rumors going around ahead of the reveal, but DICE has recently take to Twitter to list five things to expect at the reveal.

1) A New Battlefield in a New Setting.  It’s a brand-new experience and still everything you love about Battlefield — where every fight is different and brought to life across unexpected theaters of war.

Straight from the developers

2) Info Straight from the Developers.  Hear from EA team members Andreas Morell, Lars Gustavsson, and Daniel Berlin as they fill you in on their Battlefield V vision.

3) The Return of War Stories.  DICE believes in both all-out multiplayer and single player, and the live reveal will have more info on the returning fan-favorite War Stories.  Prepare for untold, compelling narratives in a new setting.

4) New Modes and Experiences.  Operations in Battlefield 1 gave you the chance to take on epic journeys across several maps.  Will this teamplay-focused experience be in the next Battlefield?  You’ll know if you watch the live reveal.

5) Gameplay Changes.  While we don’t want to scoop our own reveal, you can bet exciting gameplay changes are coming.  Let’s just say you might want to avoid blinking during the Battlefield V Live Reveal.

With those teases out of the way, the one that sticks out the most is the brand new setting.  This could put to bed rumors that had been circulating regarding World War 2.  DICE has definitely been there and done that with the Battlefield series.  They’ve been to so many different scenarios over the years that it’s hard to even take a guess as to what the new setting might be.

We’ll find out soon enough.  The Battlefield V reveal is set for May 23rd at 3pm CT.