Battlestar Galactica Deadlock: Is this the BSG Game We’ve been Waiting for?

The latest news in the world of video games at Attack of the Fanboy
May 16th, 2017 by Kyle Hanson 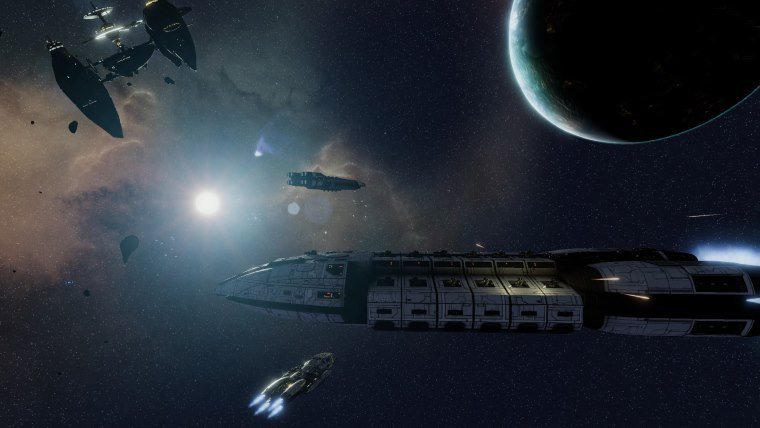 Is Battlestar Galactica about to get the game that it has always deserved? There have been efforts before, some of which were decently entertaining, but they never quite lived up to the epic action of the show. Now we have a new contender with Battlestar Galactica Deadlock, a 3D space strategy game set in the first Cylon War. The game is set for release on PS4, Xbox One, and PC in Summer 2017.

“Four years of war and a steep price in human lives have not been enough to unlock a deadly stalemate,” reads the story description on the already available Steam page. “The Colonials have countered all of the Cylon’s offensives so far, but no decisive victory was achieved. The deadlock is suddenly broken by a surprise attack from the Cylons and the brutal annihilation of the Colonial Fleet High Command on Picon. The fate of mankind is now resting on the shoulders of Rear-Admiral Lucinda Cain. The secret, cunning plan she has conceived could turn the tide of the war forever…”

The game promises full 3D space battles, putting players in control of the Colonial Fleet onboard the bridge of the Battlestar Daidalos. “Build your fleets, protect the Quorum alliance and prepare to dig deeper into the conspiracies of this heroic conflict.”

Along with a campaign that features both new and returning characters from the BSG universe, Battlestar Galactica Deadlock also features a multiplayer mode. Players will square off in head-to-head battles for tactical dominance.

Home / Game News / Battlestar Galactica Deadlock: Is this the BSG Game We’ve been Waiting for?