The latest news in the world of video games at Attack of the Fanboy
May 2nd, 2018 by Kyle Hanson 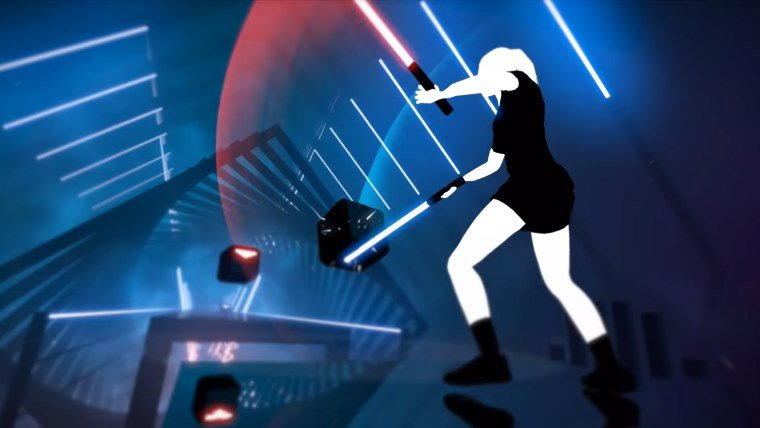 Yesterday saw the Steam Early Access release of the highly anticipated VR rhythm game Beat Saber. Over the last few months Beat Saber has built a ravenous audience of VR aficionados mostly thanks to a number of videos and gifs that showed off its unique and intriguing gameplay. But we’ve seen a few VR titles generate buzz and ultimately fall flat on release, so did that happen again? Nope.

Beat Saber has instead capitalized greatly on the excitement surrounding the game. Sales seem to be very strong, though exact figures are impossible to come by now due to some alterations behind the scenes at Steam. Still, we can get a good idea of how well the game is doing using the Top Sellers charts, where the VR title sits at second place overall.

Total War Saga: Thrones of Britannia is currently the only game that has sold better than Beat Saber over the last few days. Being a part of the popular Total War series, and coming out in just one day certainly helps push that game ahead of Beat Saber, whose audience is limited by its VR exclusivity. So why is Beat Saber selling so well?

For one, rhythm games are a fantastic way to experience VR. Audioshield is a personal favorite and is the VR game where I’ve spent the most time. Beat Saber takes the concepts of a rhythm game, remixes them a bit, and adds a non-IP infringing Star Wars element with its beam swords. The end result is a really awesome looking experience that pushes VR in interesting ways.

Things aren’t all perfect though. While reviews are “Overwhelmingly Positive” from those who own the game, many have pointed out flaws that could kill the game’s momentum. For one, there are only ten songs at launch. Many other rhythm titles allow for infinite song choice by using an algorithm to create new beat charts. Beat Saber sticks to hand crafted experiences, which are often better but also means we won’t get more until the dev team makes them or offers a level creator to players.

Still, for the $20 asking price ten songs with the promise of more down the line seems like enough for most players at this point.