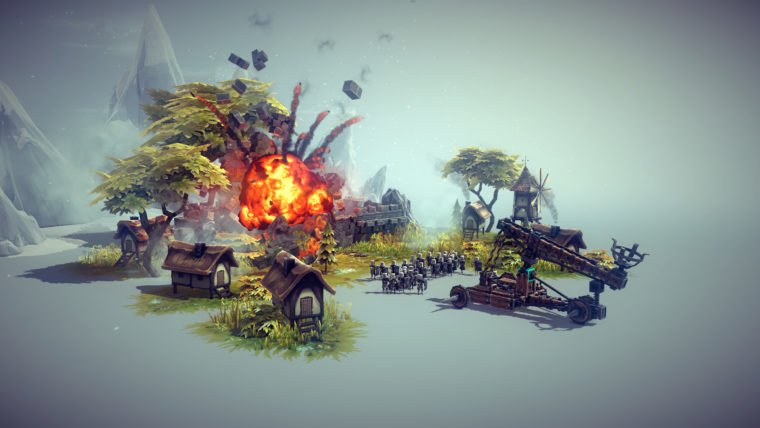 Using Besiege’s physics-based engine, players craft siege units of all shapes and sizes to destroy fortresses and marching enemy hordes. Constructions aren’t limited to ground based creations. Designs can take the form of conventional trebuchets or catapults. However, others can be made by combining whirling timber saw blades with a flying armored frame. Sharp objects aren’t the only way to defeat enemies; cannons and fire turrets can also be attached onto player-made units.

The aim of the game is, as in most medieval-esque settings, to conquer every other kingdom. How the objective is completed is up to the player. This will enable both creative minds and those who strive to be technical in wiping out opposing forces with weapons of destruction.

Spiderling Studios has confirmed that the game will not be complete for some time, with current estimates of a full release being 1.5 – 2 years away. They are using Steam’s Early Access feature as a way of funding the development of the game whilst receiving valuable player feedback. This will, according to the developers, allow them to adapt the direction of the game.

With plenty of content planned, Besiege is certainly a game to keep an eye on. Check out the game on Steam.