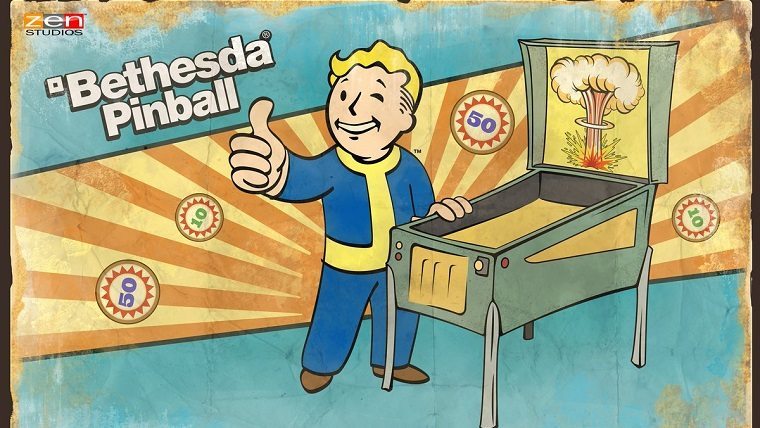 We hear of some crazy collaborations in gaming, but this latest one is definitely one of the craziest yet. Zen Pinball developer Zen Studios has revealed that they are working on something called Bethesda Pinball, which seems like it will feature several titles from Bethesda’s extensive game catalog.

The developer made the announcement on Twitter, simply by posting a picture (attached above) and promising that more information would be coming soon. What’s interesting is that despite it being called Bethesda Pinball, the image is entirely Fallout-themed. We see the series’ iconic Vault Boy standing in front of a pinball machine and giving a thumbs-up, but that’s all we’ve been given for now.

They didn’t give any kind of hint as to when we might be getting more information on Bethesda Pinball, but you can be sure to learn about it here as soon as it becomes available.