Bethesda Pinball Out Next Month; Features Skyrim, Fallout And DOOM 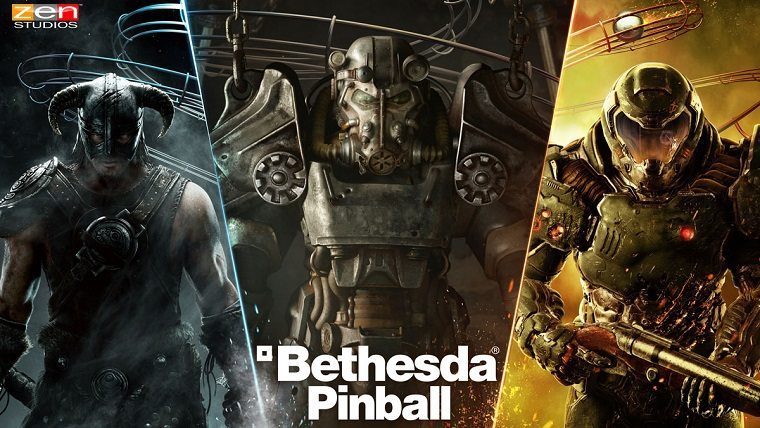 Yesterday Zen Pinball developer teased something called Bethesda Pinball, and today we’re getting official details regarding it. As was previously guessed, it is DLC for Zen Pinball and will be out next month on a variety of platforms and costs $11.

While the original tease only showed the Fallout series, the latest one now adds in Skyrim and DOOM. A new teaser trailer has also been released, which you can check out at the bottom of this post. The Bethesda Pinball pack includes 3 tables that are based on the three aforementioned games, which come with their own missions and tasks.

“Explore the secrets of the post-nuclear wasteland in a world decimated by atomic war, join Factions, raid Vaults and collect Bobbleheads on the Fallout Pinball table, fight your way through the UAC research facility while taking on hordes of demons to earn the DOOM Slayer name on the DOOM Pinball table, and craft weapons, wield magic, equip armor, buy and sell goods, mine materials, find companions and complete side quests before defeating Alduin and fulfilling your destiny as the Dragonborn on The Elder Scrolls V: Skyrim Pinball table,” reads the blog post announcement. “Each table features leaderboards, score tracking, exciting social features, and more!”

The Bethesda Pinball DLC will launch for Zen Pinball on Xbox, PSN, Steam, Mac and Windows 10 on December 6th, and on mobile platforms on December 8th.