The latest news in the world of video games at Attack of the Fanboy
January 3rd, 2017 by Kyle Hanson 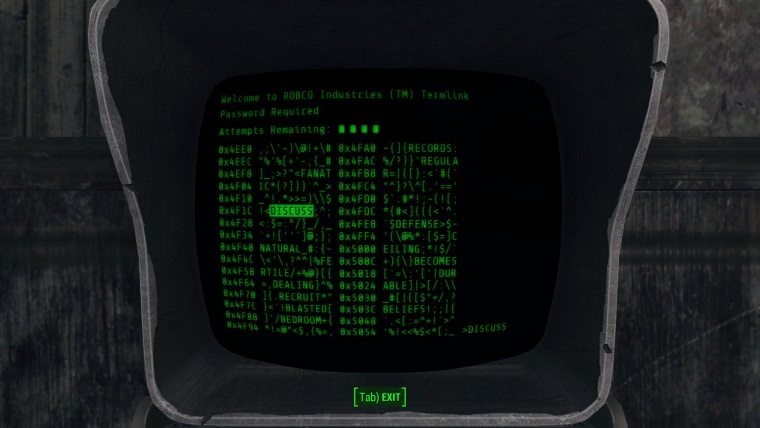 Big news companies seems to have huge issues when discussing technology and video games. There’s just something about the topic that causes them to go crazy and present stories that are false or misleading, and usually results in one or two moments of cringe. The latest of these happened when CNN was discussing the alleged Russian hacking that went on during the 2016 US presidential election, where they used a screenshot of Fallout 4 and its iconic hacking minigame as a background image for the story.

Other media outlets were quick to pile on, not necessarily calling out CNN, but more poking some light fun at them, while pointing out the silliness. Now Bethesda themselves are getting in on the joke, with a hilarious tweet issued from the official Bethesda Game Studios account.

Featuring an image of the Fallout 4 hacking minigame, the tweet reads “Sneak Peek at Season 3 of Mr. Robot.” Mr. Robot, in case you haven’t watched it, is a show that centers on computer hacking. It is especially known for taking the topic seriously and portraying it in a thoroughly realistic fashion, without the usual buzzwords and hand waving that is seen on other shows. It’s also one of the best TV shows on right now, so definitely go check it out.

It’s definitely funny that CNN pulled from a game as unrealistic as Fallout 4 for a story of such import. Still, there aren’t many images that they could use without being dull. The Matrix is usually the go-to hacking image source, and it’s been used so long and so much that they probably felt this was worth trying. Real hacking just looks so boring, especially when it’s the more common type of just shooting someone an email with a bogus link and hoping they click on it, as the Russian hacks reportedly were.