Big 3: Indies are our future 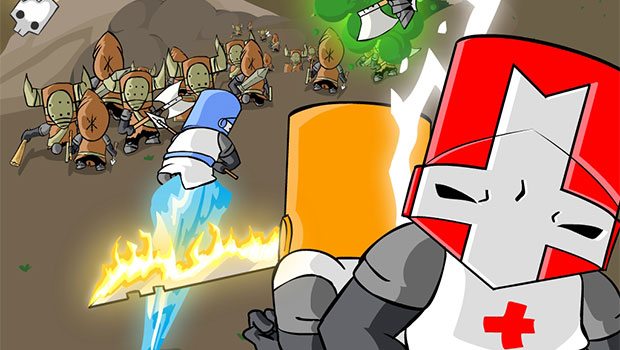 Much has been made about this “Golden Age of Indies”, with games like Braid, Fez, Journey and Super Meat Boy earning wide-spread praise and having some wonder if the days of publishers are numbered. Microsoft, Sony and Nintendo have also taken notice of this and, according to MCV, are doing their best to court indie developers.

We’ve never seen such an explosion of creativity in our industry, not even in the 8-bit days. This is the most exciting era in the history of video games

According to Shahid Ahmad, Play Station Europe’s senior business development manager, “More important than indie games are the developers who make them. They’re the story just as much as their games are. We love their work and we appreciate them as friends. We’ve never seen such an explosion of creativity in our industry, not even in the 8-bit days. This is the most exciting era in the history of video games. As a company, PlayStation has always got behind creativity, and now that we’re in the midst of a Cambrian Explosion of development, we’ve just responded to that and stepped up our engagement. Lowering barriers doesn’t just allow more people in, it lets us step out and meet people on their ground, to understand their environment and challenges. This is a disruptive time and the future of games is being decided in this space. The triple-A games of the future, and the not-too-distant future at that, will be created by some of the developers we’re working with today.”

Nintendo of Europe’s product development and game evaluation manager Tim Simmons also echoed the sentiments of Ahmad. “Indies have been able to make their content available on Nintendo platforms since the first day of WiiWare, without the need for an intermediary publisher between the developer and Nintendo. That’s more than five years now. With Wii U, Nintendo is further improving in various aspects to allow access to Wii U software development for indies as well as small development studios. Both Nintendo Web Framework and Unity makes the platform more accessible from a technical standpoint, so we hope that many more developers become involved with Wii U software development. In supporting indies and small development studios we hope to increase the number of new Wii U developers who haven’t worked with Nintendo before, resulting in new types of software. We think it is very important for the success of our platforms to have varied game experiences to offer something for everybody in the family.”

Xbox UK marketing director Harvey Eagle also weighed in on the subject, “There is a thriving indie game developer community out there today and at Xbox we are committed to fostering this talent. In April, we eliminated fees for Title Updates on Xbox 360 Arcade games to make it easier for developers to support their games post-launch. Last week, we announced that Xbox One will allow self-publishing for developers and that every Xbox One can be used for development purposes. And at Gamescom we’ll have even more to share on how we will continue to support the indie community.”