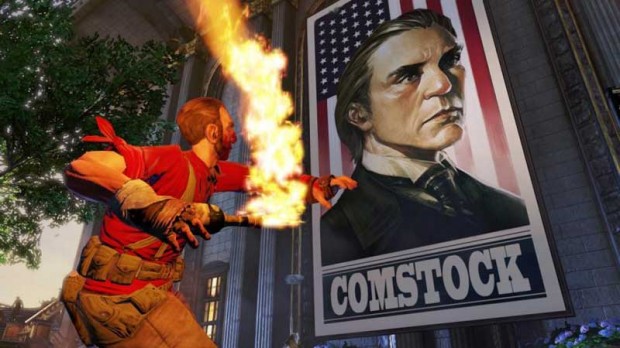 When Bioshock Infinite releases next year it will have PlayStation Move support, as revealed by Ken Levine.  Irrational Games is also working on an original Bioshock game for the PS Vita, so it’s safe to say that Levine has no console loyalty when it comes to this latest bout of Bioshock goodness.  Levine also understands that the original Bioshock was an “Xbox first”  venture, and he and the team are looking to prove something to the PlayStation 3 fanbase.

“Look, I’m not blowing smoke here. We were Xbox-first for the original game, and now we have something to demonstrate to the PlayStation 3 audience. We love the platform. I have three PS3s at my house. It’s a great game system and I love the kinds of games that are coming out on PSN.  The PS3 has a different architecture than we had encountered before, but because we helped port BioShock to the PS3, we’ve become very familiar with it. And we have a new engine for BioShock Infinite, so we started the game knowing we’d be on PS3. We started thinking about how to leverage the multiple cores from the start of development, so we’re in a much better place this time on PS3.”

Bioshock Infinite took home many awards from this year’s E3 2011 with Irrational having a big presence at the Sony press conference.