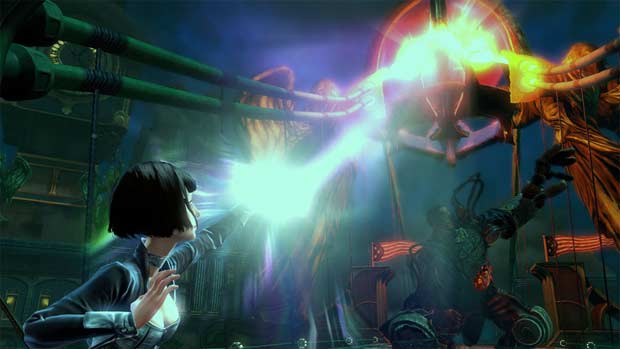 The trailer for Bioshock Infinite that was shown last year captured the imaginations of Bioshock fans the world over.  While we all wait for the next bits of information to arrive from 2K, convention goers that will be attending this year’s PAX East Convention will get to hear more about the game.  2K Games will be heading up a panel at the conference where the topic of discussion will be Bioshock Infinite’s floating city of Columbia.

Expect some heavy hitters from 2K.  Ken Levine, Nate Wells, Shawn Robertson, and Stephen Alexander will all be on hand to divulge the juicy details.  This year’s PAX convention is already sold out, but that shouldn’t stop you from checking back in for more details as they arrive.  Bioshock Infinite is scheduled for a 2012 release on PC, Xbox 360, and PS3.