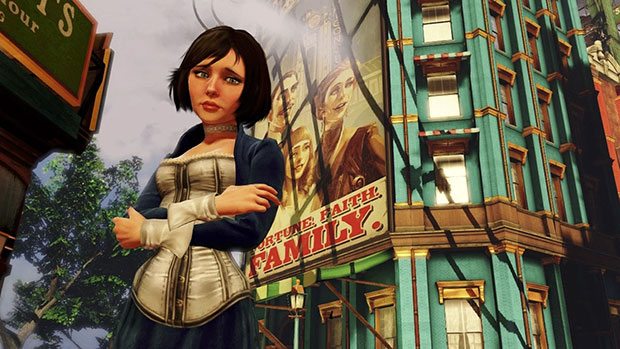 The Bioshock franchise has been known for its well written narrative as well as its first person gameplay over the years, and a lot of that stems from Ken Levine.   The original Bioshock was a solo project for Levine, but according to a recent post by Drew Holmes of Irrational Games, other writers have been brought on to help the process along this time around.

Levine is joined by Holmes and Jordan Thomas for Bioshock Infinite, and Holmes briefly explains the thought process for the trio in a recent developer post on the PlayStation Blog.

“The key is this:  We’re never satisfied.  Something can always be better.  The first idea is never the best one,” said Holmes.  “We’ll grind on that idea until it either sucks and we start over, or it becomes something….well, good.  Hopefully.”

Holmes describes Bioshock Infinite as a “medium-defining piece of art” in the developer write-up, despite the company having huge shoes to fill in the wake of the original Bioshock.  We’ll get to see how well Infinite has panned out on March 26th when the game releases on the Xbox 360, PlayStation 3, and PC.