Bioware looking to bring Mass Effect challenges to PS3 too 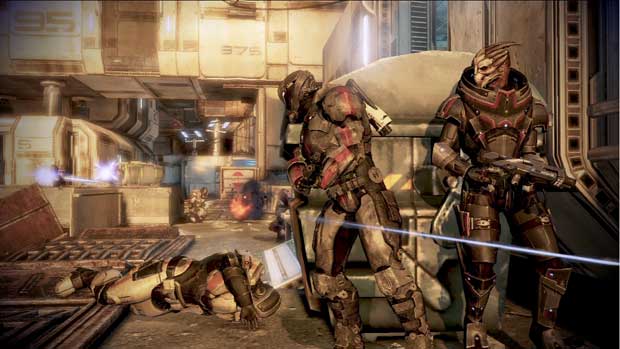 Xbox 360 and PC seem to be having all the multiplayer fun with Mass Effect 3.  Since launch, the game has seen numerous Challenge Weekends, that have featured objectives for the community to accomplish with the allure of winning exclusive in-game content.

Though problems have prevented Bioware from including PlayStation 3 players in on the fun, and it turns out that blame is on Sony.

“Unfortunately, we are not yet able to offer our Multiplayer Challenge weekends on PlayStation 3.  Sony has not approved the promotion. We continue to work with them to find a compromise, but until then, Sony will not allow us to run the game multiplayer challenges on the PlayStation 3 that we run on Xbox 360 and PC. ” – Bioware

Sony is in the process of moving this initiative forward however,  and recently issued a statement on the matter.  The company said it’s working with EA to bring the multiplayer content to PS3, but its a matter of when, that’s the big problem.  PlayStation 3 Mass Effect players have already missed out on multiple chances to win exclusive gear, and given the short shelf lives of most games these days, the best of the weekends may already be behind Mass Effect 3.