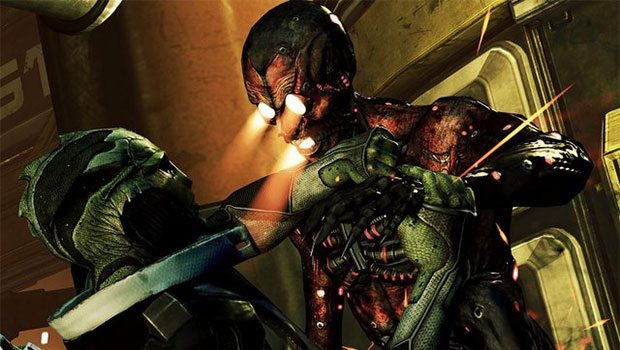 It looks like a Mass Effect prequel is on the table for discussion, as Hudson asked his followers whether they would rather see a game that takes place before the events of the original game, or after the conclusion of the third.

“Parsing through your thoughts on the next #ME game. Would you be more interested in a game that takes place before the trilogy, or after?”

Earlier this month, Bioware revealed that it is indeed working on a next Mass Effect game, in development at Bioware Montreal. Hudson is still at the helm for the franchise, and the next game will be utilizing the Frostbite 2 Engine as many EA titles have been doing lately.

A prequel could see the return of Shepard, and would probably be an easier road for Bioware to take. Furthering the storyline past the events of the last game’s controversial ending would definitely be the more difficult option, considering just how much backlash the developers recieved prior to the release of the Mass Effect 3 Extended Cut.

Bioware has yet to cease development for Mass Effect 3, with more single player content headed to the Xbox 360, PlayStation 3, and PC later this month in the Omega Expansion.