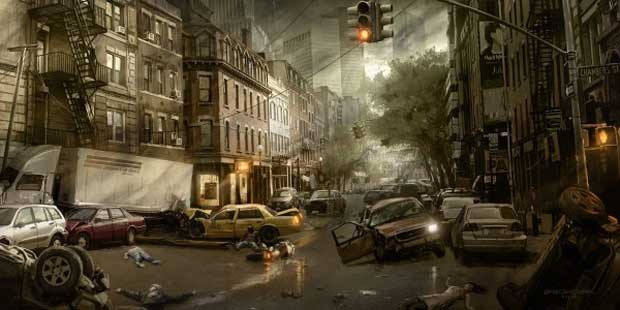 A new project has surfaced this week that comes from the developers behind “I Am Alive”, called Black Death.  Black Death is a first-person horror game set in New England.  The premise involves a “mystical fog” that mutating the people of the area into violent creatures.  The game which was revealed when launching it’s new website “BlackDeathGame.com” has some interesting concept items on display at the site to get familiar with the premise, which include a Bio-Hacking Survival Protocol screens.

The game which is built on three core elements as described at the site focuses on speed, fluidity, and freedom of actions offering the player a sensation of freedom and possibility to create his own arsenal of chemical weapons to defend yourself against the creatures that are created by the fog.

It sounds like an interesting concept, but all we have to go on is the pedigree, a game that never came to fruition, and the concept art above.